In a new work aimed at the international market, composer, singer and guitarist Roney Giah revisits the 7-inch vinyl format (single compact, Single Play), a hit in the music industry in the 1950s and 1960s. Recently released in the United States, Single Puzzle Piece vol. 01 – consisting of a compact vinyl and a CD – was well received by the young North American audience; the compositions “Talentless lover” and “Talking about you” were part of the programming of 150 college radios; in 40 of these radios, they appeared in the list of the most performed. 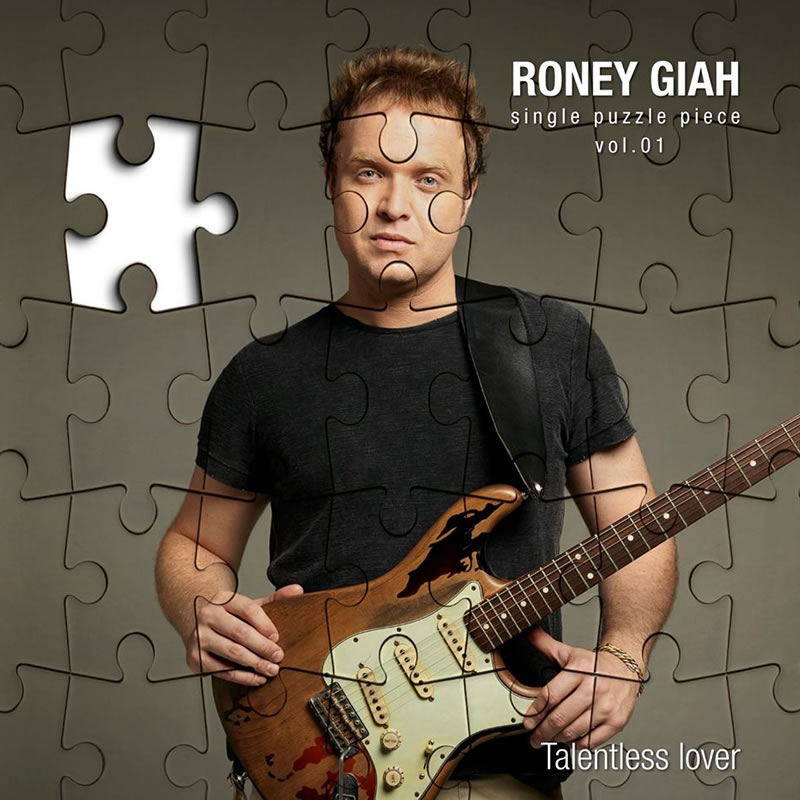 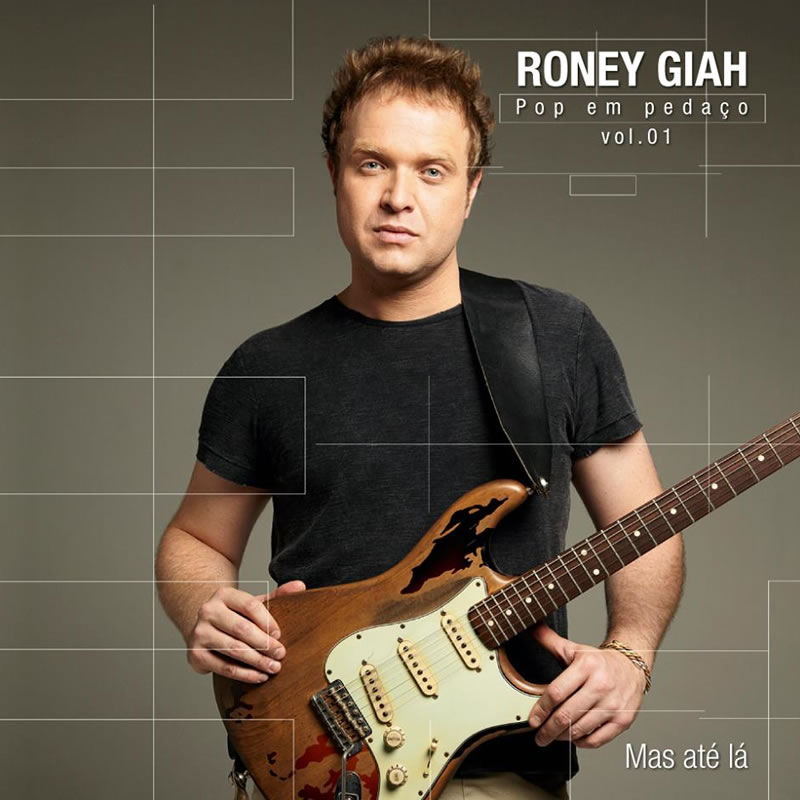 Released in 2011, Roney Giah’s fifth CD is the result of a partnership between Giah and Perseptom Banda Vocal.
Roney Giah’s musical encounter with the seven members of the Perseptom Banda Vocal group not only won an award, but also resulted in a unique CD, entirely “a capella”, without the accompaniment of instruments.
Co’as throat and everything combines the vocal technique of the beat box (vocal percussion) with impeccable vocal timbres, obtaining – only with the voices of the members – the sound of an entire band.

Musicians from different backgrounds and artistic schools, Giah and Perseptom – one of the most renowned vocal bands in Brazil and nominated for the Contemporary A Cappella Recording Awards 2007 (CARAs) – have brought together talents and have won the recognition of critics and the public. In 2008, they celebrated the musical encounter in a popular show at the Arthur Rubinstein Theater; in 2009, the group won the Festival de Música Popular Brasileira de Barueri (FEMUPO), in the categories “Prata da Casa” and “Popular Acclamation”, with Impossível – a composition by Giah that integrates the CD Co’as goela e tudo. 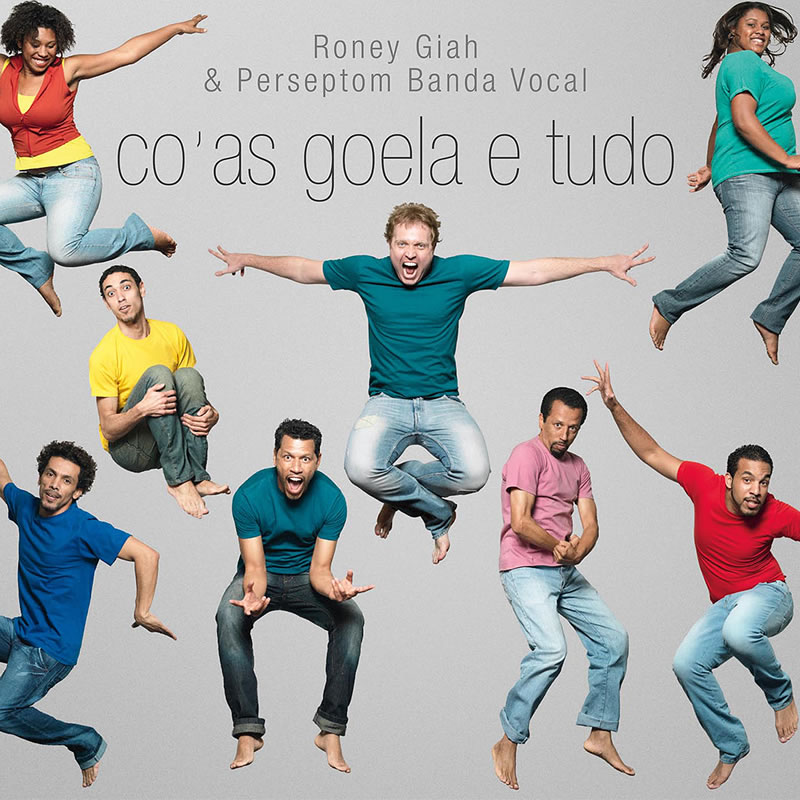 Released in 2010, the fourth CD by composer, singer and guitarist Roney Giah, Queimando a moleira is an authorial CD, composed of 18 unreleased songs, inspired by “chamber pop”, chamber pop music. The work has the participation of musicians Mario Manga (cello), Alexandre Ribeiro (clarinet and clarinet), Maurício Biazzi (acoustic bass), Toninho Ferragutti (accordion), Nado Silva and Piu (Piano Rodhes), Dandara Modesto (backing vocals) and Roney Giah (vocals, 7-string guitar, piano and beat box).
Even before the release of Queimando a moleira, the composition “Time is so still” – which is part of the new CD – won two international Honorable Mentions: from the Billboard World Song Contest and from Mike Pinder’s Songwars.

In 2008, the composer, singer and guitarist signed a contract with the English label ASTRANOVA Records for the release of a compilation album entitled Yesterday’s tomorrow.
For the promotion, the label produced podcasts shows that were made available in 107 countries. Yesterday’s tomorrow, commercialized by iTunes, brings together seven tracks from the CD Semente (1998), six tracks from the CD Mais dias na Terra (2006), in addition to a bonus track produced exclusively for ASTRANOVA. The record company’s interest came after the musician had, twice in a row, the songs “Amar com E” and “A Chu” – from the album Mais dias na Terra –, nominated for “Track of the day” by users of the Garage Band website. (www.garageband.com), an American music portal curated by George Martin, former Beatles producer. 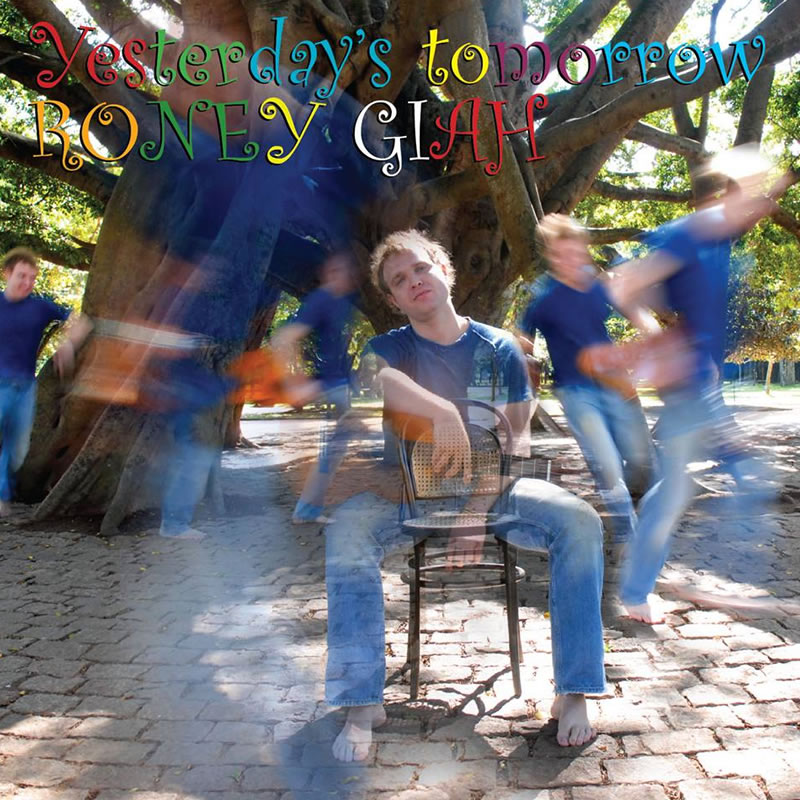 In 2005, singer, guitarist, producer and songwriter Roney Giah presented a new work, which expanded the instrumental line of the first album, Semente. Started in 1999 and completed in 2005, More days on Earth was the result of Roney’s need to achieve something impactful. Thus, the research and studies necessary for this demanded this long gestation. The work had the participation of Maurício Biazzi (bass); André Novais on drums and percussion, Cris Bananal on percussion; Piu and Flávio Marchesin on keyboards; Dani Ferraz, Vanessa Jackson, Alex Mariet and Marrom on backing vocals; Doriel Oliveira; Fulvio Lucietto and Soró on brass.

More days on Earth is characterized by the fusion of rhythms and instruments that are not normally played simultaneously. Nylon guitars and acoustic guitars, vocal percussions with brass section, gospel choir with bass drums and other fusions give the CD an aura of miscegenation, a Brazilian aura.

The lyrics talk about problems, controversies and Brazilian and world delights, facts that remain in our memory in a fun and light way, sometimes energetic and impulsive.
The compositions, lyrics, arrangements and production are in charge of Roney Giah himself (as in the CD Semente), graduated in music from MI (Musicians Institute) in Los Angeles and in sound engineering from IAV in São Paulo.

With the CD Mais dias na Terra, Giah received an Honorable Mention from the John Lennon Songwriting Contest, curated by Yoko Ono and was shortlisted for the Latin Grammy and the 2006 TIM Award. 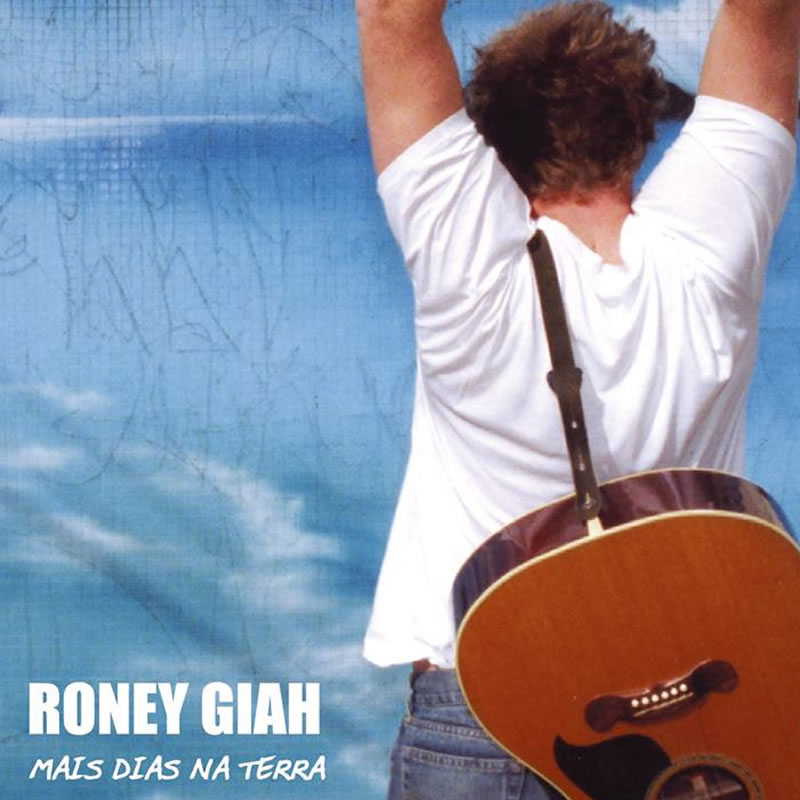 Released in 1997, the CD Semente has ten tracks, nine of which are instrumental. Aged 21 at the time, and still using the name Roney Giacometti, Semente was his first work. In it, Roney signed the production, arrangements and compositions. The CD was recorded live, in just two days, at the Bebop studio (SP), one of the largest in Latin America. It had the participation of Maurício Biazzi on bass, Lael Medina on drums, Rodrigo Ursaia on sax and Otávio Noronha on piano.
With delicate harmonies, smooth rhythms and great improvisations, the CD Semente was called by some contemporary jazz, or even modern instrumental music.
With the CD Semente, Roney competed for the Sharp Award 1998. 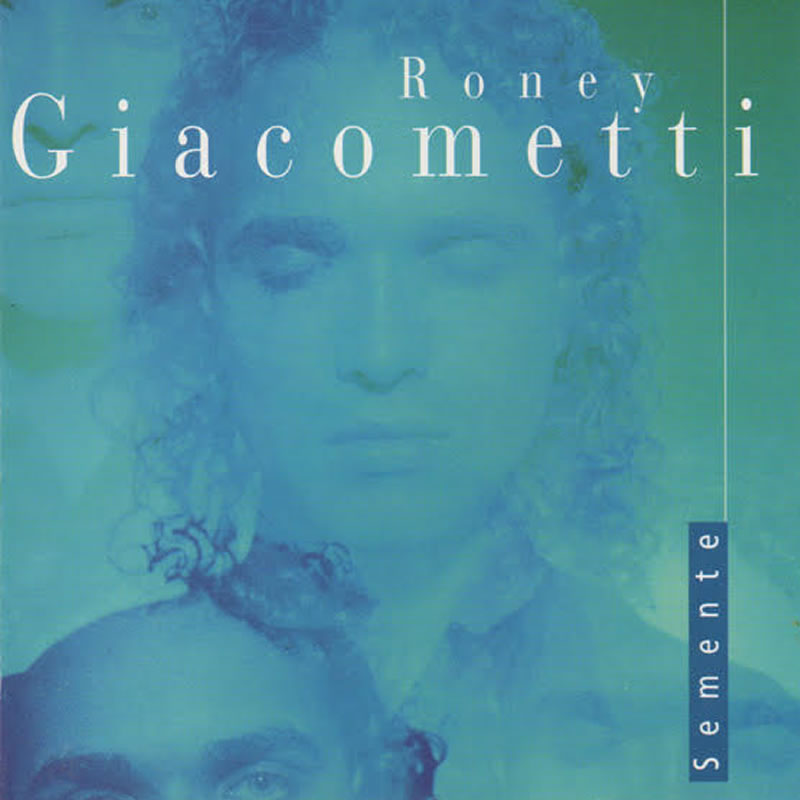